Board Certified in Allergy, Asthma and Immunology

Board Certified in Pediatrics

Board Certified in Allergy, Asthma and Immunology

Board Certified in Pediatrics

Allergic rhinitis describes the itching, sneezing and nasal congestion that is triggered byallergens, the substances that trigger allergic reactions.

Dust allergies also make it difficult to breathe and may trigger asthma symptoms, such as wheezing, coughing, tightness in the chest and shortness of breath. Dust also just makes some people itchy. People with dust allergies often suffer the most inside their own homes or in other people’s homes. Oddly enough, their symptoms often worsen during or immediately after vacuuming, sweeping and dusting. The process of cleaning can stir up dust particles, making them easier to inhale.

Rhinitis is a term describing the symptoms produced by nasal irritation or inflammation. Symptoms of rhinitis are due to blockage or congestion. They include:

Skin testing is the quickest, easiest, and most sensitive way of making the diagnosis. The nose normally produces mucus to trap substances (like dust, pollen and pollution) and germs (bacteria and viruses). Mucus flows from the front of the nose and drains down the back of the throat. When too much mucus is made, it can cause a runny nose from the front or post-nasal drip from the back. Cough is the natural response to clearing the throat from post-nasal drip.

While pets are wonderful additions to a household, they can cause allergic reactions in those who are sensitized to animal allergens. The most common animal allergies are to cats and dogs, but any warm-blooded pet, including small rodents, birds, rabbits, cows, and horses can cause problems. Most animal allergens circulate throughout a house as small microscopic particles, invisible to the human eye. Cat allergen, for example, can come from the saliva, fur, body secretions, or skin and is only about two microns. As a comparison, the cross section of a human hair is 100 microns. Regular resting sites of animals like carpets, couches, and beds generally have a significant allergen build-up. People are not allergic to an animal's hair, but to an allergen found in the saliva, dander (dead skin flakes) or urine of an animal with fur. Usually, symptoms occur within minutes. 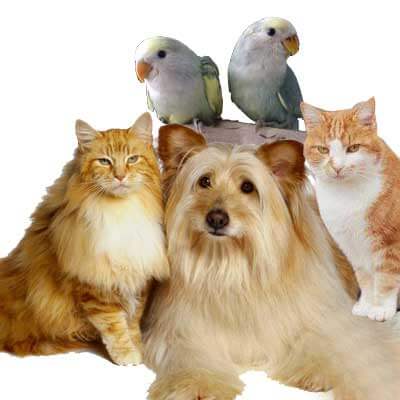 If you have an allergy that never ends when seasons change, you may be allergic to the spores of molds or other fungi. Molds live everywhere, and disturbing a mold source can disperse the spores into the air.

Mold and mildew are fungi. They differ from plants or animals in how they reproduce and grow. The "seeds," called spores, are spread by the wind outdoors and by air indoors. Some spores are released in dry, windy weather. Others are released with the fog or dew when humidity is high. Inhaling the spores causes allergic reactions in some people. Allergic symptoms from fungus spores are most common from July to late summer. But with fungi growing in so many places, allergic reactions can occur year round. 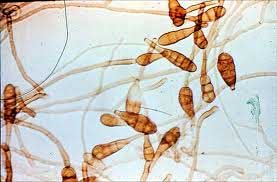 If your eyes itch, are red, tearing or burning, pay attention to what they may be telling you. You may have eye allergies, or allergic conjunctivitis, a condition that affects millions of Americans. It is a condition that can occur alone, but often accompanies nasal allergy symptoms, such as sneezing, sniffling and a stuffy nose. And, while most people treat nasal allergy symptoms, they often ignore their itchy, red, watery eyes.